How to Throw a Sinker: Left Handed & Right Handed

A sinker is a pitch similar to a fastball. But the ball drops towards the ground to induce ground balls just as it is approaching the hitter.

Do you want to know how to throw an effective sinker and leave the batter whiffing? Here is a guide that will help you understand all about filthy sinkers-from the pitch grip to the release point. 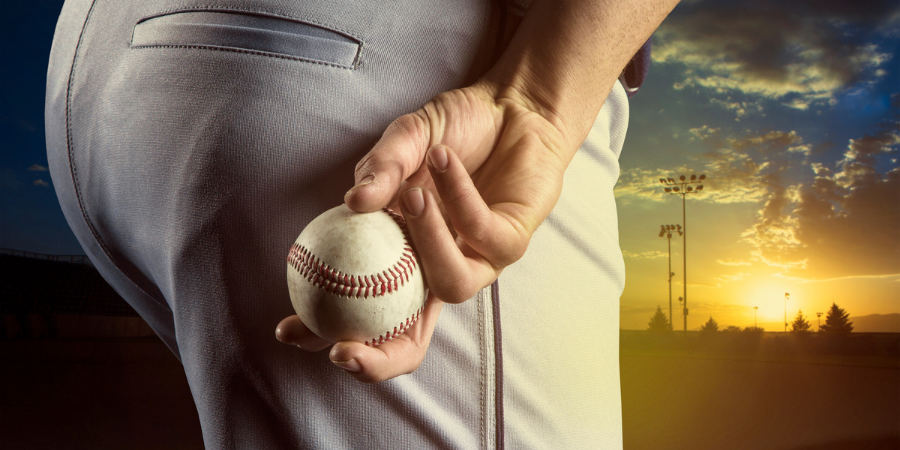 Do you want to throw an effective sinker during your baseball games? You can throw the sinker in different ways, but what matters most is the grip you use. The arm motion in the different sinker grips remains the same.

To better understand your arm action and the grips you can use to throw a filthy sinker, come along.

When throwing a sinker, the baseball player’s arm motion is the same as for a fastball except for the release. Your index finger should be in front of your middle finger when releasing a sinker. The pitcher uses the seam of the baseball to get extra traction when holding the ball. Besides, let the palm of your hand face slightly out instead of facing down directly, like in the case of a regular fastball.

Getting the secret of how to grip the baseball for a sinker pitch is a win for the pitch. The grip of a sinker is similar to that of a two-seam fastball. First, hold the ball slightly outward as you would for a screwball grip. The action provides a slight horizontal movement to the pitch that puts it in the pocket.

Your thumb needs to be directly below and between your index finger and middle finger to throw a sinker. Place the thumb in the open area of the baseball. This position will help you get a firm grip on the ball. It may be challenging to master it at first, but it becomes effortless as you keep practicing.

To produce a heavy sinking action, apply some finger pressure on the inside edge of the ball as you rotate the hand and your forearm so that the palm can slightly face downwards. It will help to reduce the ball’s spin rate as it leaves the fingertips. This is because there is a mixture of spins and fewer backspins, causing the ball to sink.

Alternatively, you can hold a sinker by placing your middle and index finger over the baseball horseshoe. Also, let the thumb rest underneath the ball in between the two fingers.

It is a rarely used pitching method, but it is a good option for those who feel gripping over the seams uncomfortable. Besides, it becomes challenging to define a sinker as a fastball pitch when the thrower uses this type of grip.

When training how to throw a sinker, you can learn the two methods to settle with the best alternative. Your thumb, middle, and index fingers will help you know the best way you can throw a sinker and leave your batter in shock.

Check out this video on how to throw a sinker like an MLB Pitcher:

After you have held the baseball correctly, it is time to stand in the right way and position. Here is how to get in the right position as you throw sinkers.

When throwing a sinker, stand in a normal pitching stance on the mound. Let your feet be at shoulder width, and your upper body relaxed. Also, the pitcher’s knees should bend and line their body up with the batter. This will allow the non-throwing arm to be pointed towards the batting plate.

Also, hide the ball and the grip until you wind up ready to throw the ball. If the batter sees your grip, they may know how you will throw the sinker and steal away the surprise that comes with a filthy pitch.

It is crucial to practice enough before your upcoming league. Know how you will grip the ball to avoid much adjustment or practicing while on the mound. Find the most comfortable way to place your fingers while holding the ball to have an easy time while throwing the sinker. Also, it will help you to keep your grip a secret from your batter.

As pitchers practice how to throw a sinker effectively, it is vital to know where to aim. There is a significant downward and horizontal movement in throwing a sinker that leads to the ground ball. As the pitcher, make the sinker look like an easier ball to hit until the last seconds when it starts to drop towards the ground.

Aim for the batter’s belt or waist area to give the baseball room for that late sinking motion and prevent it from hitting the ground. Just as the way you hid your grip, hide your aim too. Make the batter think you are throwing a juicy pitch to them.

It is time to start winding up and release the sinker. It is crucial to compose yourself as you wind up for the ball to gain the right speed and perfect spins.

First, take a step slightly back or to the side and shift your weight onto your back foot. Second, bring your knee up to get a balance in the process. Third, lean forward and transfer your weight from your back leg to your front leg as you shift toward the batter.

As you throw a sinker, pivot your body to the hitter. Most pitchers accelerate the power to pitch by using the torso to deliver the arm towards the plate. Shifting the power from the legs, through the torso, then to the hand makes the pitcher use their whole body instead of overstressing the arm. Finally, keep your eyes on your target and follow through as you release the ball.

If you do not use your torso well and stand more upright than you should when releasing the ball, you leave the velocity of throwing the ball at the table. As a result, you have to spin and rotate more to compensate and pitch your sinker well.

Therefore, when throwing a sinker, move your chest towards the catcher. It will help you place your hand correctly on the ball and apply the spin it needs. As a result, the ball will move at the right velocity that provides a horizontal and downward movement to create a sink. Usually, throwers with lower arm slots create run and sink because the ball will naturally come out of the hand without the backspin.

Check out this video compilation of unbelievably fast sinkers in the MLB!

Characteristics of a Sinker

First, a sinker has a hard downward movement. Pitchers throw it in a way it provides a sinking motion as it moves towards the plate.

Second, a sinker induces ground balls. Pitchers drop it 6 to 9 inches more than the normal four-seam fastball. As a result, batters hit ground balls more often compared to other fastballs.

Also, a sinker is a fast pitch which makes some people refer it to the sinking fastball. Its velocity is similar to that of a four-seam fastball though it is slower by 2-3%.

When you learn how to throw a sinker effectively, it results in some of the weakest contacts off the bat of your opposing hitter.

Check out this video on how field ground balls from HOF Cal Ripken Jr:

Below, we answer some questions that may run through your mind as a sinker pitcher.

Is a sinker bad for your arm?

As you learn how to throw a sinker, keep in mind that it is like any other type of fastball. Hence, it is not harmful to your arm when you master the trick of throwing it. According to American Sports Medicine Institute (ASMI), most fastballs such as sinkers put more stress on the arm than other pitches because of the high velocity.

However, always keep in mind that pitching is basically an injurious and dangerous game. Always practice good arm care and avoid pitching too often. Besides, baseball organizations like Major Baseball Leagues provide helpful information on how pitchers can keep their arms healthy.

How do you release a sinker?

Throwing a sinker is easier when the pitcher has mastered their grip and arm action. As you throw the sinkers, always throw them as if the arm is coming over the top.

As the pitcher, rotate your arm high and bring it down until you release the ball. Also, as the thrower, find a grip that works for you. Choose the grip with which your fingers and hand feel comfortable for a perfect pitch.

When releasing the sinker, be careful not to overdo it. It may cause over-rotating your arm and lead to an injury. If you feel any pain after throwing a sinker, take some days off to heal and avoid more injury. However, when you know how to throw the sinkers correctly, you will say goodbye to injuries.

What age can you throw a sinker?

Recent studies prove that throwing a curveball is dangerous for young pitchers, especially for their arms. However, throwing too many sinkers poses a greater danger. It can cause damage to your elbow depending on the way you throw your sinker or the arm slot you choose.

To avoid the risk of hurting your arm as a young pitcher, have a good sinker grip. Avoid pitching too many times, and also be careful how to throw a sinker. When the thrower gets how to throw a sinker well, they can start playing without putting their arms at risk even at an early age.

Is a sinker a 2 seam fastball?

A sinker and a two-seam fastball have some similarities, but it depends on how the pitcher throws it. Both sinkers and two-seamers fastball pitchers leverage their middle and index fingers on the seams when it comes to the grip.

The pitcher’s arm movement and how their hand works through the ball can bring a difference. When pitchers throw two-seamers with an arm-side lateral movement, it is merely a two-seam fastball, but if they throw a two-seam that has a significant sinking action, that is a sinker. A sinker has more diving action than a two-seam fastball.

A sinker is one of the coolest fastball pitches in baseball. When you learn and master how to throw it, you can always smile when taking part in baseball leagues. As a pitcher, practice the trick to grip the baseball sinker correctly and choose a perfect arm slot.

And guess what? You will throw sinkers like a champion and avoid the danger that comes with throwing a sinker the wrong way.