How to Throw a Slider: Hold & Throw Nasty Pitch

A slider is one of the enjoyable pitches to learn in baseball though it requires patience and practice. This article will help you learn how to grip, spin, release point, and techniques to throw a nasty slider.

You can also check out our other articles on how to throw an eephus pitch or how to throw a cutter. This was you can increase the number of pitches you have available at your disposal! 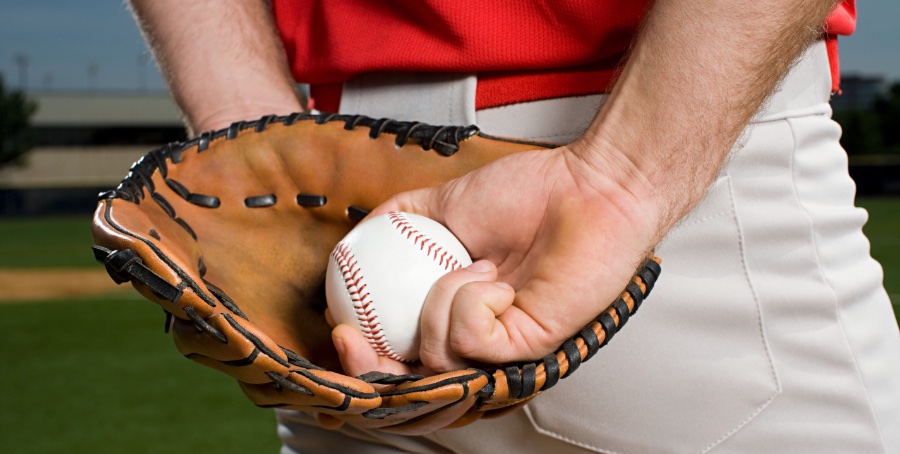 What is a Slider Pitch?

Most people confuse a slider and a curveball because they serve the same purpose in baseball matches. Both deceive the hitter with a spin and the movement away from a pitcher’s arm side.

However, sliders are more deceptive than curveballs because pitchers throw them harder with a spin similar to a fastball. Finally, a pitcher releases a slider off the index finger while he releases a curveball off the middle finger.

How To Grip a Slider

If you take a clock and place your fingers as if you are holding a slider, your index and middle fingers should fall at the 10 or 11 o’clock position while the thumb will be at the 4 or 5 o’clock position. Finally, for a perfect slider grip, place the ring and the pinky fingers off to the ball’s side.

Watch this Video on How to Throw a Slider Properly

Type of Spin on a Slider

A slider pitch has a side spin when thrown by pitchers. The spin causes a break on the pitch. Every league pitcher can have their slider break uniquely. However, the average breaking point of a slider is a diagonal break with equal downward and lateral breaks.

As the pitcher throws a slider, his hand is slightly off to the sides. As a result, the fingers can come along and pull down to the pitch’s side to create a side spin. The spin causes the baseball to move to the left or right, depending on the direction of the spin.

The Technique of Throwing a Slider Pitch

Pitchers who use sliders to embarrass their batters have mastered the techniques of throwing this pitch.

Watch Chaz Roe’s slider video below, it is one of the best videos that shows the techniques of a perfect slider.

Come along and learn the mechanics you should apply as you learn how to throw a slider that will leave your hitter’s mouth wide open.

As you prepare to release the pitch

As you prepare to release the slider, do not cock your wrist, and keep in mind fastball, fastball, and fastball. As the pitcher’s hand and wrist come to speed up the ball for a perfect release, let the wrist turn inward slightly, but your 1st finger should remain on top of the baseball.

Also, as you prepare to throw a slider, your hand and elbow should stay at the same release point and height as on the fastball pitch. Also, the arm path of the pitcher should be like that of a fastball until you release the ball.

Try to short arm your hand back outside the hip faster than a fastball to reduce forces on your elbow. Avoid extending your full arm to the plate. Also, your body action when throwing a slider should remain the same as on the fastball.

At the release point

The wrist of the pitcher needs to flex forward without an inward turn when releasing a slider. Once pitchers release a slider, they feel a burning sensation on their first finger. It is a good checkpoint that proves your finger cut down through the outside of the baseball when releasing it.

As you learn how to throw a slider, learn the mechanic of having a good forward move. As a pitcher, pivot and move your body weight from the back foot forward towards the home plate. Also, follow through with your motion to throw the slider effectively.

The feet of the pitcher when throwing a slider should be parallel. Besides, the throwing arm should come across the front of their body.

Also, the pitcher’s wrist should snap from up to down to make the ball drop as it crosses the plate. As you make the forward motion, come down through your wrist after releasing the slider just as you would for a fastball pitch.

Important Points to Know When Throwing a slider

When throwing a slider, there are key points you should keep in mind

Get more valuable tips from watching this video

You have learned the mechanics of throwing a slider by now, but maybe you have a question. Here are answers to some queries you might have in your mind for a slider pitch.

How do you throw a slider step by step?

1. Have a perfect grip on your ball. Place your middle and index fingers across the widest seams of the ball, just like in a two-seam fastball. However, the two fingers should be slightly off center towards the outside of the ball.

2. Place your thumb under the ball on the opposite inside seam. Place your ring finger and pinky finger off to the side.

5. Once you have attained the slider’s grip, hide it from the batter. Hide the grip with your glove to surprise the other players. If a batter sees your grip, they’ll know what you’re about to throw.

6. It is time to pivot and shift your body weight from the back foot forward to the home plate. Also, follow through with your motion, and your throwing hand should come across your body front.

8. Then snap your wrist from up to down to allow the ball to drop as it crosses the home plate.
As you release a slider, think of a fastball. As the pitcher, prepare to come right down through your wrist just as you would for a fastball pitch.

9. Finally, aim for your slider to break on the inside or outside of the plate. Keep in mind that the success of throwing a slider is to have it break at the last minute and catch the batter by surprise.

How do you throw a good slider?

It is possible to throw a good slider by first gripping the ball as you would for a two-seam fastball though slightly off-center. Just like a curveball, let your wrist be loose when throwing a slider.

The ball should roll off the pitcher’s hand off your index finger to give it the perfect spin. Also, throw your sliders in a velocity like of a fastball. Besides, remember to follow through as you release the ball to avoid the likelihood of it staying high.

Does a slider hurt your arm?

No, a slider doesn’t damage your arm when thrown correctly. As youth pitchers learn how to throw sliders, it is crucial to learn how to release a slider properly. It will help to protect your shoulder as you throw the ball.

A slider is one of the more interesting fastball pitches to learn. It falls in between a curveball and a two-seam fastball, though with some variation. When you master the mechanics of gripping and releasing it, your batter won’t be a threat when you appear for baseball pitching.