What is a Plate Apperance?

Every time a batter shows up to the plate and completes a turn, he is rewarded with a plate appearance. Plate appearances are not to be confused with at-bats because while at-bats are only used for specific situations and are used to calculate the batting average of a player, a plate appearance includes every completed batting turn and affect your qualification for a batting title.

At-bats are not marked whenever one of these instances end a plate appearance: 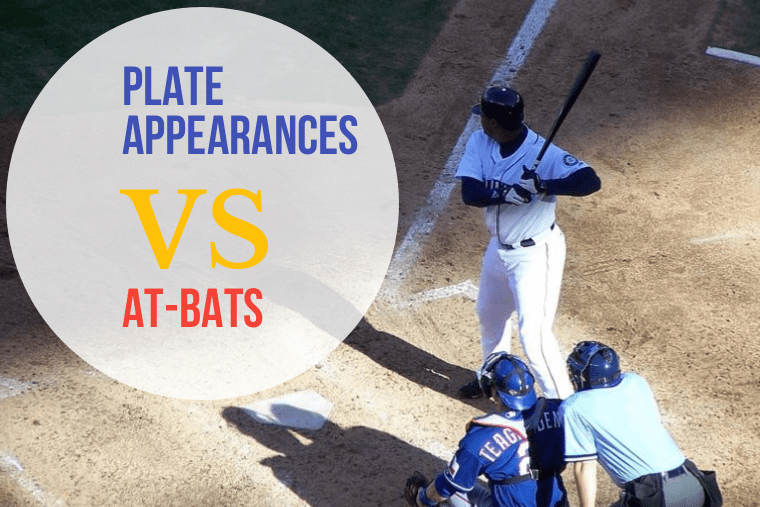 An error usually counts as an at-bat unless the official scorer decides that the batter would have reached first base anyway, but instead reached more bases due to the fielder mistake.

Plate Appearances are marked every batting turn whatever the result may be, but there are rare instances of when you will not be charged with a plate appearance such as these situations:

Check this Video Out:

Batting average based on Plate Appearance vs. At Bat

Like I mentioned earlier, an at-bat affects your score of batting average, but take note of your plate appearances to qualify for a batting title. The reason for this is because not all plate appearances turn out to be at-bats and there are instances in which a batter ends up walking or being hit by pitches more often than others results in these people losing chances of winning a batting title if the title only considered at-bats.

One team’s total plate appearances should equal the number of runs, men that are left on base, and even players that have been put out. Take a look at the current MLB Plate Appearances 2017 to get an idea of how many plate appearances is a normal number amongst the MLB players.