What is a Fielder’s Choice?

A Baseball Fielders Choice, or most commonly known as FC, is a play in which defensive players decide to field a fair ball and then try to take out a baserunner that is already out on the field before advancing to the next base rather than focusing on throwing out the batter. The base runner that the fielder’s choice is decided for is called a forced out.

Moves like this can prevent the offensive team from scoring a run. When a fielder’s choice in baseball is made, a batter running to first base is usually the least of defensive team’s worries because of it most likely means that a base runner is already on third base, ready to get to home plate, or there is a runner already out on the field that seems to be storming the game with runs(the guy hitting bombs with his Marucci baseball bat. Check out the Marucci cat 7 review to learn more!) and is just a really fast dude that the defensive team wants to prevent from advancing. 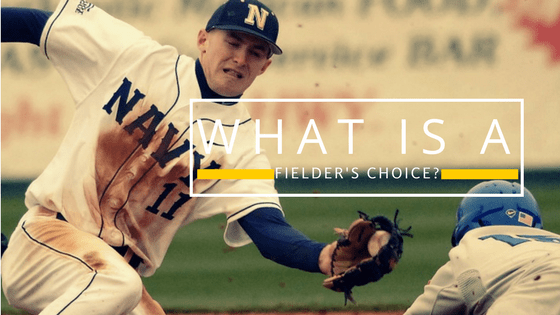 Scoring a Fielder’s Choice in Baseball

Here’s an in depth explanation on fielder’s choice: