How Many Players Make Up a Baseball Team

Do you know how many players are on a baseball team? If not, we’ve got the answer for you! Typical MLB teams have 26 players. That includes pitchers and catchers who play in games, but also reserves like the bullpen catcher and backup infielders. There are also other people associated with the team that aren’t counted as part of this total number. These include coaches, scouts, trainers, and clubhouse personnel. So there are actually more than 26 people on each MLB roster!

Now that you know how many players are on a team, why not check out the rest of our blog to learn even more about America’s favorite pastime? We have tons of great information about all aspects of the game! 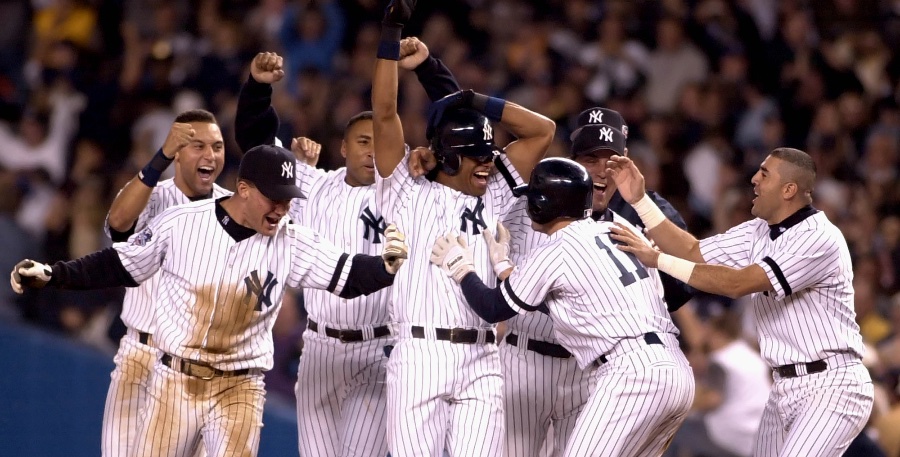 A pitcher is a player on the team who throws the ball toward home plate to start each play. Pitchers are also known as hurlers, throwers, or simply pitchers.

There may be more than one pitcher in a game, but only the pitcher who is pitching at a particular time is known as the “starter” or “starting pitcher” Starters were long asked to pitch as deep into games as possible, but today’s starters are often pulled after six or seven innings.

The National League is the only league in which starting pitchers hit frequently since the American League uses designated hitters instead of having the pitcher hit.

The other type of pitcher are the relief pitchers (or reliever) which is a pitcher who comes into the game to replace the starter, usually late in the game when his team is leading or has little chance of winning.

A catcher is a player who takes his place back behind home plate to receive pitches from the pitcher. They are in charge of “calling” pitches, or deciding which pitch should be thrown next based on the number and quality of strikes thrown by the pitcher so far, the number of outs, score, number of runners on base, etc..

Catchers need to have good communication skills because they play such an important role in helping their pitcher to throw the right number of strikes and keep runners at bay.

The catcher is also one of nine defensive positions on baseball teams that are each occupied by a player charged with preventing the opposing team from scoring.

A first baseman is a player on the team who plays his position at first base. First basemen are considered the cornerstones of their respective teams, as they are starters to receive throws from other players in order for that play to finish with them throwing runners out or catching and then tagging them so that they cannot advance bases further.

First basemen are generally not as fast or agile as other fielders, but they are usually very strong, making them ideal for their position.

A second baseman is a player on the team who plays his position at second base. Second basemen are part of what’s known as “the double-play combination,” with shortstop being another important infielder.

Second basemen need to be agile and strong enough to turn double plays, but they also need to be able to get rid of the ball quickly and safely, often with long throws across the diamond.

A third baseman is a player on the team who plays his position at third base. Third basemen are considered key players in their respective teams because they are called upon to make plays at third base on batted balls.

Third basemen need to be agile enough to cover a lot of ground quickly, but they also need an accurate throwing arm because many times their throws go toward the first baseman to put out the runner/batter.

A shortstop is a player on the team who plays his position at shortstop. Shortstops are considered to be part of what’s known as “the double-play combination,” with the second man base being another important infielder.

Shortstops need to have quick reflexes and good hands because they cover all ground between second and third base. Shortstops also need to be accurate and strong with their throws because they often make long throws across the diamond toward first or second base.

Check out this video that explains the different baseball positions:

A left fielder is a player in the team who plays his position at left field. Left fielders are considered part of what’s known as “the outfield,” which also includes center and right fields.

Left Fielders need to be agile enough to catch line drives hit by opposing players toward them, but they also need to have a strong throwing arm because they are required to throw the ball over long distances in order to get runners out.

A center fielder is a player in the team who plays his position at (surprise!) center field. Center fielders are part of what’s known as “the outfield,” which also includes left and right fields.

Center Fielders are the fastest and most agile of all the outfielders, and they need to be able to catch balls hit toward them quickly in order to get opposing players out.

A right fielder is a player in the baseball team who plays his position at right field. Right Fielders are considered part of what’s known as “the outfield,” which also includes center and left fielders.

Right Fielders need to have strong throwing arms because they often make throws over long distances toward home plate to get runners out. Right fielders also need quick reflexes and good hands because they make catches on balls hit toward them over a large area of the outfield.

The designated hitter is a player in the baseball team who plays his position as being what’s known as “the DH.” In other words, this means that he does not play any defensive positions and instead spends his time only hitting for his team.

DHs need to be able to hit very well in order to help their team score runs. The DH is the only player on either team who isn’t allowed to make defensive plays, so he needs to rely solely on his batting skills in order to contribute positively to his team.

The Major League Baseball roster is limited to 26 players. However, MLB teams can have as many as 40 players under contract for a single season and they can call up additional players from the minor leagues on an as-needed basis during the regular baseball season.

The league allows clubs to have 26 players from Opening Day through Aug. 31, plus the postseason, and 28 players beginning Sept. 1 and continuing through the end of the regular season.

A college baseball team up until recently D1, D2, and D3 programs were only allowed 35 players on the roster, including 27 players who are receiving financial aid.

In 2020 two important changes were approved by the American Baseball Coaches Association (ABCA):

Little League Baseball has divisions for children ages 4-16. These consist of the following:

The roster sizes for youth baseball teams are as follows:

The 40-man roster is made up of all players who are signed to a major league contract on a Major League baseball team and added to the team’s active list. This includes players on both the 25-man game-day roster as well as those who are inactive, injured, or suspended.

Any player on the 40-man roster or 60-day injured list as of 11:59 p.m. ET on Aug. 31 is eligible for the postseason. A player who has served a doping suspension in a given season is not eligible to compete in the postseason that season.

Players who are acquired in September or after are ineligible.NCAA Baseball Roster Rules.

What is the total number of players on a baseball team?

Each team is allowed a maximum of between 13 and 14 position players (for a total of 26 active players), though the breakdown varies from club to club during the year. A team must have at least 25 players on its 26-man roster.

What is the 40 man roster in baseball?

The 40-man roster is also called the expanded roster, its composed of all the players in a Major League club’s organization who are signed to a major-league contract. These are the players who are able to be called up to the 25-man roster at any given time.

Any players on the 15-day disabled list or minor leaguers with a major league contract who are assigned to the minors under an “optional assignment” are also on the 40-man. (Each player has three option years to be sent to the minors if he is added to the 40-man roster before being waived.)

How many pitchers are on a baseball team?

A MLB team is not limited to how many pitchers they are allowed to carry. But the vast majority carry up to 13 pitchers on their active roster during the regular season.

In baseball, the restricted list is a list of players who are no longer in organized baseball but are not free agents. If a player has departed the team without giving a valid reason, his services may be requested to be placed on the restricted list by the club.

The paternity list is a temporary leave of absence from the team that can only be taken when a player becomes a father. This allows time for players to travel home and take care of any baby-related business, but they must return in no more than three days after their child is born.

We hope you found this article helpful. Did we answer your question about how many players are on a baseball team? If not, feel free to reach out and let us know what’s on your mind.

You may also want to share this article with someone who loves sports as you do, or if you think there might be someone out there that doesn’t know much about them yet. After all, knowledge is power when it comes to understanding these things better; so don’t hesitate!