What is a Passed Ball?

The passed ball (PB) definition in baseball is basically when the pitcher pitches a ball that deems to be normal and can be caught normally by the catcher without extra efforts, but the catcher fails to do so. So you can expect pass ball marks on a play with a legal pitch and caught ball that has been dropped or thrown by the catcher in unduly time.

Many of you might be wondering so what’s the deal with Wild Pitch vs. Passed Ball? Well, although wild pitch rule is very similar to a passed ball in baseball, these are considered to be pitches that are harder to catch or require much more effort from the catcher to catch, therefore losing control of the ball.  This definition also applies to Passed Balls in Softball. 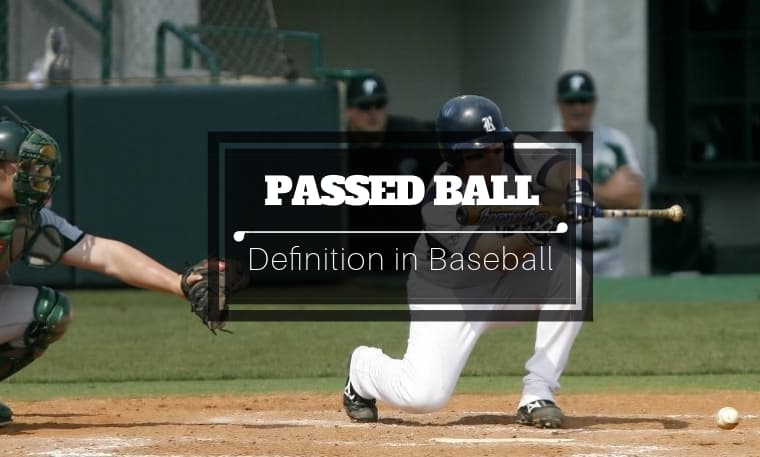 Check this video on wild pitches and passed balls:

When the catcher catches a legal pitch, but then loses control and lets go of the ball, this isn’t the batters fault, therefore the batter is permitted to proceed to run to base. Passed balls may be scored when the batter runs to a base on a passed ball third strike. Basically, a passed ball is not a stolen base unless the batter starts running before the pitcher begins the throw, because it is a sort of penalty to let the batter run.

Runs Batted In and Earned Runs

An RBI or a “Run Batted In”, is used for marking when a batter makes a run in a legal play that is eligible to be scored. Wild pitches can be considered earned runs and RBIs, but passed balls cannot be considered RBIs, however, although the run score of the batter isn’t considered an earned run, the team can still earn RBIs and Earned Runs through passed balls by the runners of the offensive team that are already out on the field.