What is Tipping Pitches in Baseball?

Pitchers and catchers send signals to one another to make sure they are on the same page. Even the slightest miscommunication can result in wild pitches or passed balls.

However, because the pitcher is in full view of the batter, it is the catcher who commonly gives out the signs. Even so, there are times when the hitters from the opposing team can make out what the type of pitch would be because of tipping pitches. 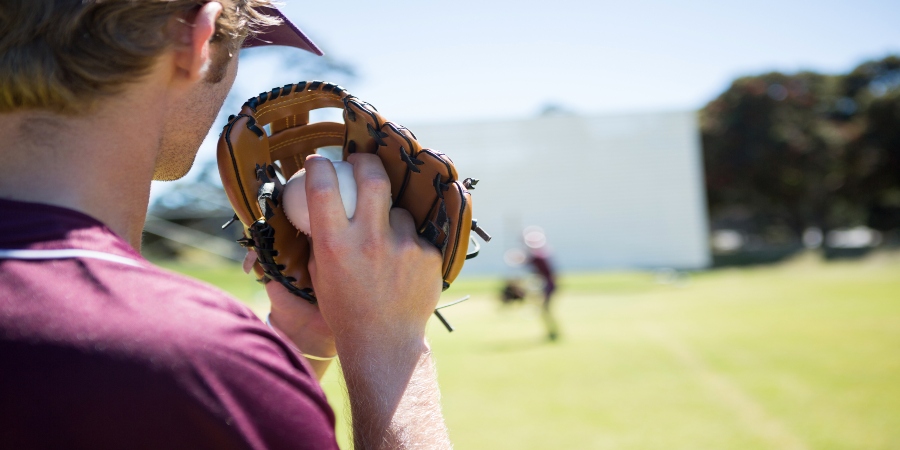 What Does Tipping Pitches Mean in Baseball?

It is the term used to describe when the pitcher accidentally or unknowingly provides hints on how he is going to pitch the ball. It gives the hitter an advantage because he gains an idea about the speed, rotation, location, and break of the pitch.

For this reason, the pitcher should do his best to avoid tipping his pitches. Even the slightest movement or small mannerisms or habits can serve as clues for the opponents.

Things to Look Out For

As a pitcher, you have to be wary of how you act while on the mound. Below are some of the visual cues that players, coaches, and the manager of the opposing team look out for.

So you don’t expect professional major leaguers to tip their pitch, but they are humans after all and it occurs! When MLB hitters notice a pitcher tipping a pitch the ball is guaranteed to go flying out the ballpark. Below are some popular incidents that you may have or may not have heard of before.

Was Yu Darvish tipping pitches back in the 2017 World Series? That is the question that has hounded the Los Angeles Dodgers and their fans after the team lost to the Houston Astros in seven games.

The Dodgers had the chance to win their first Major League Baseball title since 1988. However, their ace, Darvish, infamously imploded in Games 3 and 7.

The Astros claimed that they often knew what was coming whenever Darvish was on the mound. An Astros player stated that how Darvish re-gripped the ball into his mitt in the set position was an indication of whether he was going to pitch a slider/cutter or a fastball.

Throughout his career, Craig Kimbrel has earned a reputation as one of the best closers in baseball. Kimbrel tipping pitches then should be the last allegation about him you should hear.

But that is exactly what happened in the 2018 MLB postseason. After struggling for a couple of games, the Boston Red Sox pitcher was said to be tipping his pitches by team manager Alex Cora. Apparently, Kimbrel displayed whether he was going to throw a fastball or a curveball by the way he angled his mitt before his pitch.

Tampa Bay Rays pitcher Tyler Glasnow had a forgettable playoff run in 2019. After allowing four runs and five hits in the first inning of Game 5 of that year’s American League Division Series, he was thought to be tipping pitches.

Glasnow admitted as much after he watched a video of the game. He realized that “it was pretty obvious” that he could tip off the opposing batter during his pitching motion. He raised the height of his mitt before throwing a fastball and lowered it before curveball pitches.

One of the most decorated players in baseball history, left-handed pitcher Andy Pettitte missed out on another World Series title in 2001. He was one of the major reasons for the loss because he was thought to be tipping pitches in the sixth game of the series.

Their opponents, the Arizona Diamondbacks, were able to tell his type of pitch depending on how he held his mitt before pitching the baseball.

If you aspire to be a successful pitcher, it is important to have an advantage over batters by avoiding tipping your pitches and keeping them guessing. Make sure your pitching motion, as well as your mechanics during the windup position or set position, do not give away the type of pitch. Some pitchers also hide the baseball from the batter’s sight to avoid tipping pitches.

Most of the time, baseball becomes a psychological battle between the pitcher and the batters.