Baseball Bat As a Weapon

Over the years, humans have used guns and knives as self-defense weapons at home against assailants. However, with the increasing crime rate prompting many countries to consider reviewing their arms possession laws, people are tending towards an alternative instrument of defense like baseball bats that can serve more than one purpose.

People specifically opt for the best baseball bats as it can be very effective against attack, affordable, and available. In this piece, I will be walking you through virtually everything you need to know about the use of a baseball bat as a weapon from how to use, to laws that bind its usage. 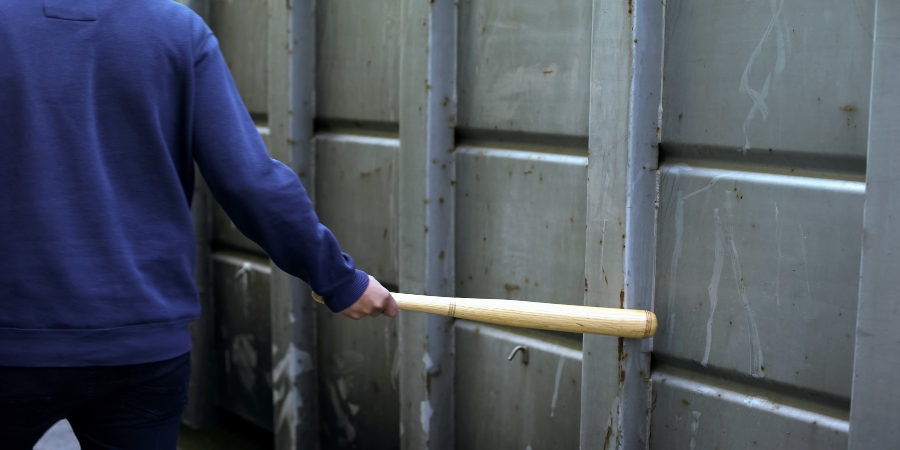 How to Use a Baseball Bat for Self-Defense

As cool and easy as a baseball bat looks, things can quickly go awry if you don’t know how to use it properly. Also, its efficiency reduces immensely without the right technique. Hence, it’s paramount you know how to make it an advantage for you and not against you.

Below are the steps required to effectively use a baseball bat as a weapon.

The first advantage you can give yourself over an attacker is to keep your baseball bat within your reach. With this, you’ll be ready to fight off any attacker before he or she could know it. Some people have multiple baseball bats placed in strategic points in the house for easy reach.

While some have just one in the bedroom or garage in the house. You should know the location that works for you and make it a forte.

As earlier stated, the best baseball bat is an excellent weapon in dealing with a dangerous attack. However, you need to use it right. You should know the right way to handle and the right amount of force needed to achieve the desired result. Else, you’ll be at a disadvantage even with the very best baseball bat.

Check the Video Out!

Stand Firmly While Swinging it

The importance of a firm standing position cannot be emphasized enough. This is because, standing firm is the first and the most important step in generating enough power in your swing.

Also, a weak standing position puts you at disadvantage as you might lose balance, stagger or even fall after a swing especially if you miss the target the first time of trying. This puts the attacker at advantage for a rebound move.

A firm stand requires you to spread your legs for stability. Also, if you are left-handed, you should put your right leg forward with your left leg behind for balance in the case of missed target and generate power in your swing.

Due to the build and much of the weight of a baseball bat concentrated on the heavy side, you should know how to hold it with both hands. This will prevent you from losing grip of it after just a swing or a missed attempt. Also, holding with two hands gives you total control over the baseball bat and allows you to generate maximum power on your swing.

Don’t Stand Too Close to the Target

Maintaining the right distance from an attacker is vital to your chance of getting the better of such an assailant. Although the distance you need to maintain depends on the length of your baseball bat, you should keep a distance that allows you to catch the intruder with the item barrel with enough power.

Staying too close to the attacker will limit the force you can generate with the tool, and you’ll most probably not hit him/her with the head. Also, staying far away from the intruder increases the chance of missed attempts, hence, allowing the intruder to retaliate.

Aim for the Legs

The unit is very effective in immobilizing an intruder. This is important to prevent the intruder from chasing after you when you go calling for help. It also gives you the time and opportunity to take more decisive swings on other parts of the body.

To demobilize an intruder, swing the bat aiming for the knee or below. This is because the strength and ease of movement depend largely on that part of the leg.

Hit the Attacker with the End of the Baseball Bat

The end of the bat is where the weight is concentrated, and as such, has the most effect. By hitting an assailant with the end of the bat in areas sensitive to pain like the joints, you give yourself a chance to take more swing or an opportunity to call for help.

Street Fighting with a Bat?

The permissibility of baseball equipment as a weapon varies from one country to another. Just like it is with every other potential weapon.

In some countries, a baseball bat isn’t seen as a weapon. Rather it’s seen as sporting equipment due to its relevance and laws of the society. However, other societies have witnessed brutality and crime with baseball equipment, and as such, it is considered a weapon.

All in all, owning and carrying a baseball bat depends on the country you live in and what the bat represents in the eyes of the law.

The most important rule in the law of using this item in any community is common sense. There is no way it will sit sensibly with people when you carry a baseball bat staring wildly at people…except if you are a baseball player of course. It also does not make any sense for you to swing the baseball bat at every given opportunity in the public.

Everything about the use of a baseball bat as a weapon is all down to common sense and its applicability.

However, if you live in a danger-prone area and you only carry the baseball bat as a self-defense weapon, the law of your country should have provisions for you.

Some basic laws are guiding the use of a baseball bat and other potential weapons for self-defense. The following are the common ones.

How to Select the Right Bat

With the various types and sizes of baseball bats available, you need to choose a baseball bat that suits your self-defense needs. One of the basic factors to consider in a baseball bat is the material. Some bats are made of wood, some with lightweight metals like aluminum and some with wood coupled with barbed wire reinforcement.

Other important factors are the weight and length of the bat. There are also peripheral properties like the addition of flashlights. It all depends on what you find comfortable.

Is a baseball bat a good weapon?

It all depends on the circumstances. For example, going up against an intruder carrying a gun with a bat is suicidal. However, in case of an intruder with a knife or cases of breaking in, the baseball bat can cause serious damage.

Can a baseball bat kill you?

Is it illegal to walk around with a baseball bat?

It depends on the circumstances and the law of your country. For example in most countries, walking to a baseball practice field – when you’re engaging in the sport – with your bat in your hand is legal. However, walking aggressively to a store for example with a baseball bat in your hand may attract the attention of law enforcement agencies.

A baseball bat is a pretty good self-defense weapon for home security that does not require lots of specialty and training – except if you’re a baseball catcher. However, it all depends on the intention and knowledge to use it effectively.

Also, you should know the rules that guide the keeping and carrying of a baseball bat and other potential weapons like them for self pretense. This is important to avoid facing legal proceedings for possession of an illegal weapon.