What Does BBCOR Mean?

Back in the mid-19th century, when the sport was still in its early stages, players used a wide variety of bats. The material, design, size, and weight of their bats were selected to suit the batter’s hitting style.

As time went by, regulations and standards were put in place, not just to aid in hitting, but also to ensure fair competition. One such standard currently in use is BBCOR. 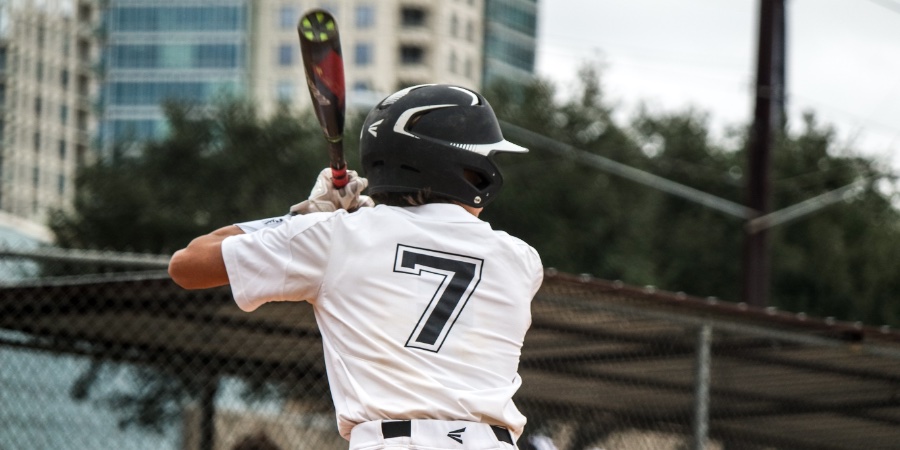 What Does BBCOR Stand for?

The higher the BBCOR value a baseball bat has, the higher the exit speed of the ball would be after getting hit by the bat. This is called the “trampoline effect.” Thus, in terms of BBCOR, bats should be restricted.

It is important to note, however, that the BBCOR standard is required only in leagues or tournaments sanctioned by the National Collegiate Athletic Association (NCAA) or National Federation of State High School Associations (NFHS). The regulating bodies have imposed a maximum BBCOR limit of 0.50. Any value higher than that is not allowed for use.

Why Was the BBCOR Standard Created?

Back in 2009, the NCAA released a protocol that defined a new standard for testing baseball bat performance. By January 1, 2011, all aluminum and composite bats used in NCAA competitions were required to meet the BBCOR standard.

There was another standard in place before the BBCOR certification was implemented. It was called the Bat Exit Speed Ratio (BESR).

But an analysis of Division I college baseball statistics showed that the previous standard resulted in increased offensive production, particularly in home runs and runs batted in. There had also been growing concerns for the safety of the pitcher and the fielders due to the high speed of the batted ball.

Thus, a new standard was necessitated for a non-wood bat.

The major difference between the two performance standards is that BBCOR measures the trampoline effect of bats, while BESR measures the ratio of the exit speed of the ball to the combined speeds of the swung bat and the pitched ball.

Because the BESR standard does not provide a limit to the maximum speed of the batted ball, it posed a danger to the players, particularly the youth. BBCOR bat, on the other hand, is able to reduce the batted ball velocity by five percent or equivalent to 5 mph in collegiate or high school baseball.

This has led to lesser offensive explosions and, more importantly, a safer field for youth players, including pitchers and fielders.

Another certified type of bat that had been popular among young players in the USA Bat. When comparing BBCOR vs. USA bats, there is not much difference in their performance as both are designed to limit the exit speed of batted balls. The barrel diameter also does not largely differ, however, USA Bats are typically lighter.

USA Bats have helped younger players prepare for high school baseball, where they are required to use a BBCOR bat. Reviews, though, made by a USA Baseball committee of scientific experts on USA Bats led to the development and introduction of a new USA Baseball bat standard (USABat), effective January 1, 2018.

USA Bat Standard bats are required in all Little League Major Baseball Division and below. These bats are also optional to use along with BBCOR youth bats at the Intermediate (50/70) Baseball and Junior League Baseball Divisions.

For some players who are still a youth, BBCOR bats are a little hard to lift and swing. Thus, a slightly different standard for aluminum or composite baseball bats is applied in Coach Pitch leagues (age range of five to seven years old) and Senior League games (age range of eight to 13 years old.) For the former, Junior Big Barrel Bats are used. For the latter, Senior League or Youth Big Barrel Bats are an option.

What are Big Barrel Bats?

Big Barrel Bats are called so because the barrel can be allowed to have a diameter of 2.75 inches, which is slightly larger than the 2.625-inch barrel diameter allowed for BBCOR baseball bats. Big Barrel Bats also have a bigger drop weight than bats that comply with BBCOR, meaning they are lighter in weight.

These characteristics make a Big Barrel Bat easier to hold and use for young players.

Do You Need a BBCOR Bat?

Now that we have answered “What are BBCOR bats?” and “How do they compare to other certified bats?” the question you might be asking is if you have to buy one. If you plan on playing in an NCAA or NFHS-sanctioned baseball game, then using a BBCOR bat is necessary.

When shopping for the equipment, review the brand and model you are planning to buy first, particularly the size and weight of the item. There are some who prefer to buy Easton BBCOR bats, more specifically the Easton MAKO BBCOR bats. Other top manufacturers that produce BBCOR-certified bats include DeMarini, Marucci, and Rawlings.

How Can I Tell if My Bat is BBCOR Certified?

To check if a bat is certified, you have to go beyond just looking at the bat or getting a feel of it. The only way to ascertain if a bat passes the standard is to check the “BBCOR Certified Mark” on the bat. Take note that this certification may only be seen in non-wood bats.

If the bat is marked USSSA BPF 1.15, then it is not BBCOR certified. The BBCOR vs. USSSA bat certification differs significantly, as USSSA bats are not allowed in collegiate and high school games.

To ensure that a bat is BBCOR certified, you can also check the list compiled by Washington State University, whose sports science laboratory is the NCAA’s official certification facility.

For baseball leagues or competitions that follow NCAA and NFHS guidelines, it is a rule to follow the BBCOR standard. Some of the older divisions of youth baseball organizations, including USSSA, PONY, and Babe Ruth/Cal Ripken, also require the use of a BBCOR baseball bat, since some players who play there are already in high school or preparing to go to high school.

Wood bats used in collegiate and high school play do not have to be BBCOR certified. If the bat is made of just one piece of solid wood, then it meets the standards of BBCOR. Composite bats made of wood, however, need to be examined and marked with a BBCOR certification.

What is a BBCOR Bat Made Out Of?

There are plenty of materials that can be used to create a BBCOR bat. But the two most commonly used are composite and aluminum.

A BBCOR composite bat is usually constructed with a combination of glass fiber and graphite. Evidence has shown that composite-based bats perform better than aluminum ones in terms of controlled swing weight, tuning of trampoline effect, tuning of bending stiffness, highly dampened bending vibrations, and lack of “ping” sound.

However, there are still some who prefer aluminum or aluminum alloy bats, rather than composite BBCOR bats, because it is more cost efficient.

When playing in high school or collegiate baseball, BBCOR bats are necessary – and not just because it is a requirement of the governing bodies. The standard, since it was enacted in 2011, has helped maximize the performance and ensure the safety of players.